Marcus
CAN HELP YOU

Marcus is the founder of Coach My Case and Crossroads Law. He is a former social worker, certified collaborative divorce lawyer and an accredited family law mediator practicing in Alberta and British Columbia. He is also a family lawyer and fertility lawyer. Marcus is ranked as one of the top 25 most influential lawyers in Canada.

Marcus relies on his social work background when mediating difficult family law cases. He is committed to alternative dispute resolution like collaborative family law and he believes that the court system should be avoided in most family law cases. He uses technology to mediate and settle disputes remotely anywhere in British Columbia or Alberta.

In addition, Marcus has developed a reputation for successfully negotiating complex family law files. He has negotiated prenuptial agreements, cohabitation agreements and marriage agreements for business owners and professional athletes with assets of over $100 million. He regularly settles complex divorce and separation agreements for high net-worth clients in both British Columbia and Alberta.

Moreover, Marcus understands that some cases need court intervention and he has represented many clients in high conflict family law and divorce cases in court and arbitration. This has included trials in Provincial Court, the Alberta Court of Queen’s Bench, the B.C. Supreme Court and hearings at the Court of Appeal.

Marcus is also known for his interprovincial and international family law work. He has successfully represented clients in cases involving the application of the Hague Convention on International Child Abduction. He regularly represents clients involved in jurisdictional conflicts between Alberta and British Columbia. Marcus has also represented clients with family law or divorce claims involving the United States, Australia, Taiwan, Hong Kong, the United Kingdom, Sweden, Germany, Iran, India, the United Arab Emirates and Mexico. He has provided expert opinion evidence to the High Court of London England on an international child welfare case.

Marcus is the founder of Crossroads Law as well as Coach My Case, an alternative legal service that provides legal coaching and legal navigation for people representing themselves in court. He established Coach My Case to help address the access to justice crisis in Canada. Through Coach My Case self-represented individuals can retain a paralegal or lawyer, depending on their needs and budget, for remote legal assistance anywhere in British Columbia and Alberta.

Marcus sits on the Canadian Bar Association B.C. committee for unbundled legal services, and he has been a public advocate for alternative legal services and alternative dispute resolution. He has appeared on CBC, Global News, Joy T.V., CHQR Calgary, 630 CHED Edmonton, Real Talk with Ryan Jespersen and he has been featured in The Lawyers Daily, The Globe and Mail, Canadian Lawyer Magazine and CBC Opinions.

Giving back to the community has always been important for Marcus. He has volunteered his time to assist at risk children and youth, victims of domestic violence, and people struggling with addictions. He has also been a board member for non-profit organizations.

Marcus has also contributed to advancing public legal education by presenting family law topics to banks, mortgage brokers, real estate professionals, women’s shelters, and post-secondary institutions. He has been a supervising lawyer for Pro Bono Students Canada, Student Legal Assistance and he is a contributor to the Law Society of Alberta’s Family Law Practice Manual. 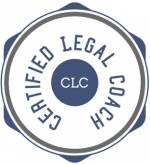 Need Family Law Help in BC or Alberta?

We are members of